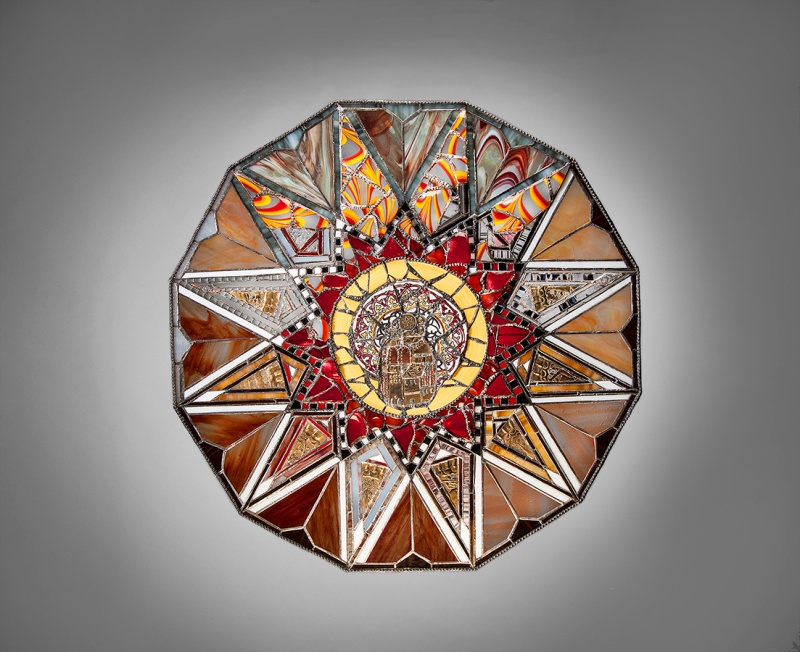 As Syria is enflamed by war, I think of the many religious and ethnic peoples that make up modern Syria and its long history. Damascus, then and now, is the center of the nation and the civilization. I’m reminded of the intricate geometric designs, constructed of wood, bone and mother-of-pearl, used in the traditional craft of marquetry. The twelve points, constructed of glass and slices of a brass Syrian plate, represent the various communities, similar yet uniquely different. Will this tragic war result in the loss of some communities and destroy the grand design itself?